Middle School Volleyball began their season last Saturday with a tournament in Tallahassee at Holy Comforter. The team, under the direction of Kellie Gay, played four games. Their next game is Thursday, Aug 30th at Home. 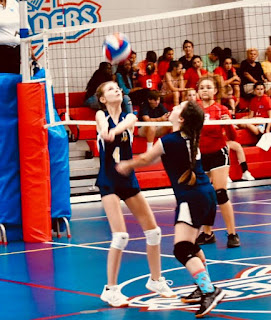 Mallory Jordan and Lollie Gay prepare to pass the ball back to their opponent. 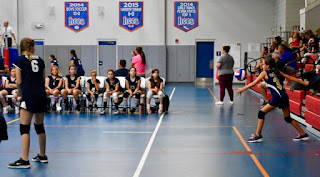 Sybil Lee serves the volleyball to the other team. 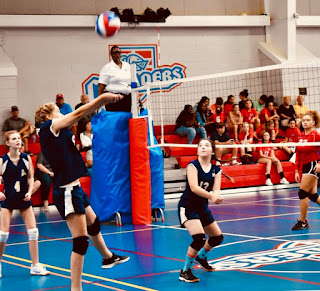 Kassidy Widner makes an amazing pass back across the net. 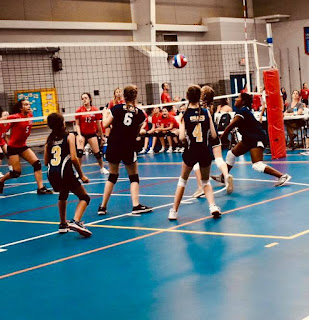 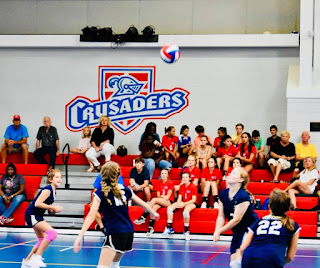 Players look on as Alida Jones lobs the ball back to their opponent. 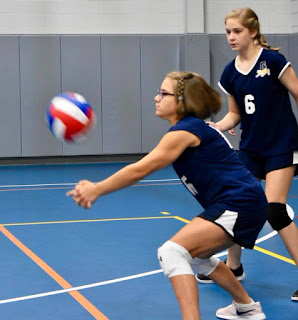 Blythe Walls digs in as she prepares to hit the ball. 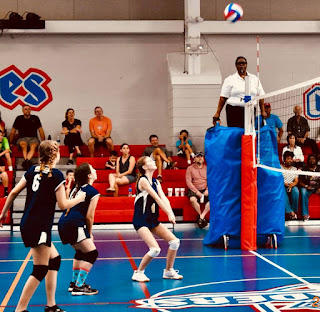 Mallorie Jordan is ready for this hit. 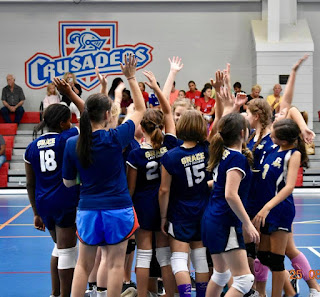 A cheer for the team! 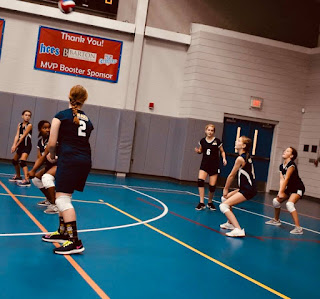