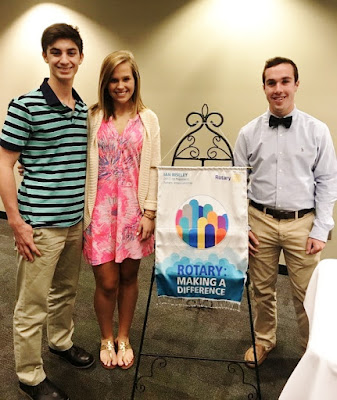 Article By:  Carolyn Iamon, Reporter –The Post Searchlight. Oct. 25th
The Rotary Youth Leadership Awards Camp was held in June at Georgia Southwestern State University in Americus.
The three students were Collin Morrison, a junior at BHS, Abigail Mills and Jeb Smith, both juniors at Grace.
They spoke of how they were each placed in different groups with people they didn’t know, and roomed with strangers. They shared how their dominant personality traits had been identified through a series of testing and evaluation. One test group used the DISC test and the other related them to birds with certain traits. For instance the woodpecker was described as argumentative, owls asked many questions, the ostrich avoids a fight and hummingbirds talk a lot but aren’t really involved.
First speaker Morrison related the story told by one of the speakers of a student who managed to graduate from both high school and college without being able to read. The speaker then disclosed he was that student.
Jeb Smith built on the bird designations, confessing he was a woodpecker. He stressed how much he learned from discovering who he is and what he can become. He is happy to have made new friends while at the camp.
The students were placed in teams identified by different colors and made up of people from different areas and backgrounds. “We were all different, but by the end of the week we found we had a lot in common.”
Abigail Mills said she had made new friends and learned a lot. She identified with the “I” people in DISC, strong in social skills who talked a lot,  and was also a hummingbird who liked to avoid situations.
She learned a lot about teamwork and relying on others, especially when you didn’t know them.
In summary, they all said they had a lot of fun and learned a lot about themselves. 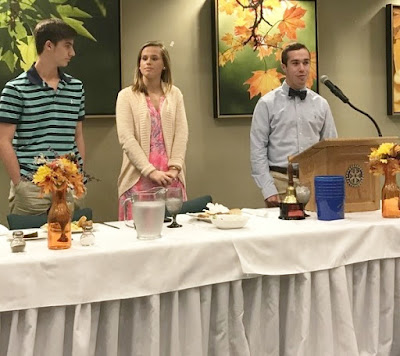 How Do You Learn about the Color Brown?