Friday morning, students were greeted by GCA’s Soccer team and Rock the Cougar. 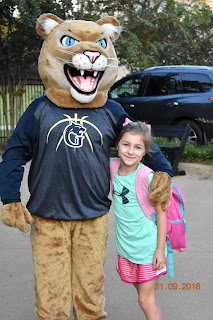 Rock helped GCA students out of the car. 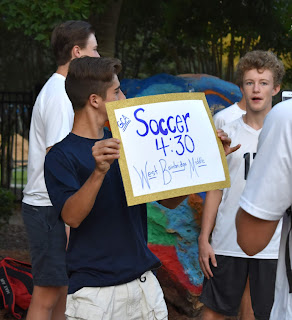 GCA Soccer players were also out to invite our student body and families to their game. 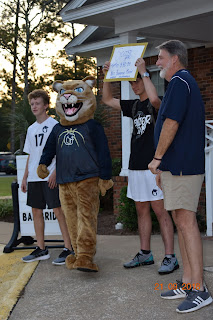 Coach Brian Carnes joined his team as they welcomed students at drop off. 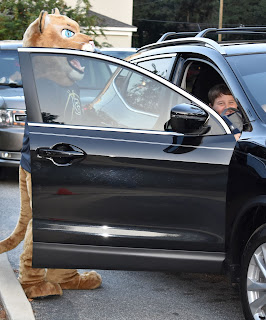 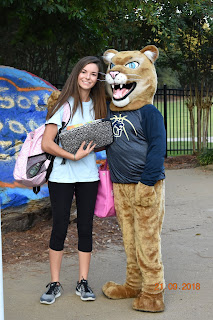 Rock could not pass up a photo op with Freshman Mel Bodrey. 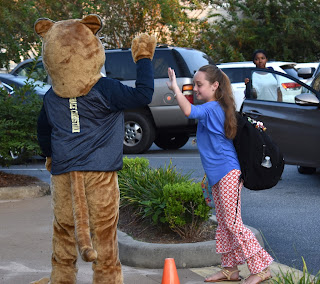 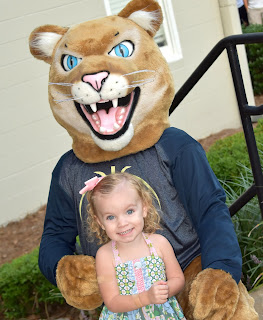 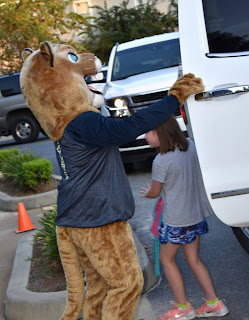 Rock was a gentleman in opening the door for Georgia Smith. 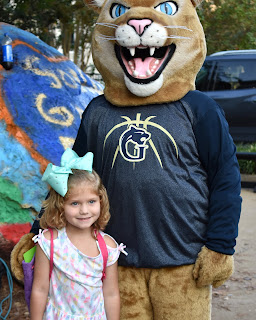 All the children were excited to see Rock and the Soccer team. 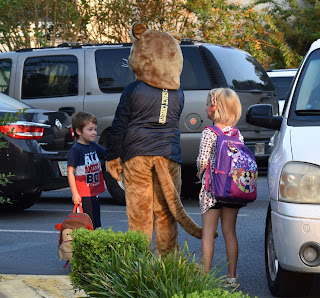 Grayson Lokey took a few minutes to check Rock out. 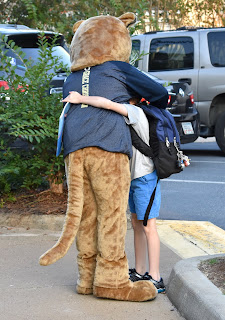 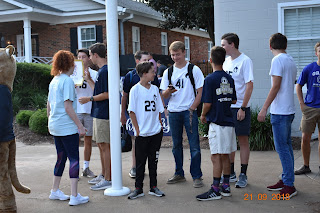 Some of the Soccer team with their signs. 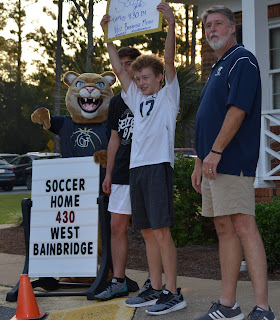 Join us today at 4:30pm at West Bainbridge Middle School for a region game against Killian.

Self Portraits in Art