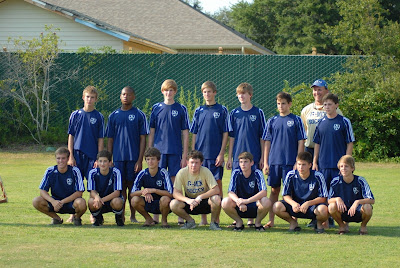 Coach Bailey expressed pleasure with his teams play in the tournament. “The team was never behind in any game,” he said. “Their defense was led by goal keeper Grant McDonald wih had several key stops throughout the tournament.”

The offense was led by Chase Harris with four goals, Kyle Harris with three goals, Brent Warr with two goals, Alex Ward with one goal and Anderson Bailey with two assists.